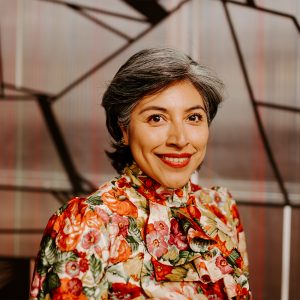 Nidia Amado is the Health Instructor at RiseUp. She was born and raised in Hidalgo, Mexico until she was 14 when she moved to San Luis Potosi, Mex. where she attended high school. She then took her bachelor’s degree in Communication at the Universidad Autónoma de SLP. After she graduated, she moved to London for a year. Once she returned to Mexico, she did her master’s in education at the Universidad Interaméricana para el Desarrollo. While she was earning her Master’s, she became aware of the need for quality sexual education, so she decided to design, produce, and host a Sexual Education TV Show to reach a broader population. It became a hit in the state and soon after, it was being broadcasted on a radio version too. When she concluded her masters, she started to teach subjects at the University such as Effective Communication Skills, Conflict Resolution, Leadership, among others. The relationships she created during that time, led her to become trained in matters of Sexual Education with Gender Perspective, Human Rights, Sexual and Gender Violence, etc. That training brought her the opportunity to work as a facilitator in the prevention of sexual and gender-based violence in the Youth and Adolescence of Vulnerable Communities in a Federal Government Program.

What is your why?

My mother came from a family with limited resources and poor ideas about formal education and yet she managed to show us the importance of education. I believe that every kid should not just have the chance to attend school, but also have the chance of encouragement and empowerment. Then they would be able to achieve their full potential not just to help themselves and their families, but also help further society.